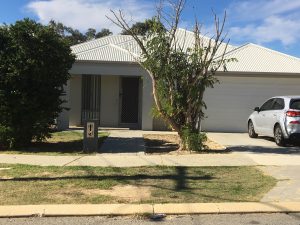 Amid months of negative economic data, the latest interest rate cuts and the clear suggestion that there are more to come, confirms that Australian policy makers are now focused on battling emerging recessionary pressures.

One of the key drivers of the slowdown is the end of the housing construction boom and falling house prices. Both phenomenon weigh heavily on aggregate demand.  Housing construction is a big job creator and has a strong multiplier effect (for every $1mil invested an additional $3mil is generated in the economy as a whole) and falling house prices create what is known as a negative wealth effect: as the value of their home falls, households are more likely to save or pay down debt than spend.

These conditions have been present in the West Australian economy for several years already. Housing construction is at its lowest level since the mid-1990s and property prices are down almost 20% since their 2014 peak. Both have contributed to a weak employment market which would certainly be worse were it not for the steady stream of people leaving the state to get work since the downturn began.

The RBA has been careful to point out that the effectiveness of interest rates cuts is limited with the RBA chairman, Philip Lowe, stating that “…we should be looking at other options to reduce unemployment. One option is for fiscal support, including through spending on infrastructure.”[1]  This should be music to the ears of the WA State Government. Since the WA downturn took hold, its capacity to stimulate the economy has been severely constrained by a significant budget deficit and high debt. It should be noted, however, that a recent sustained rally in the iron ore price has provided a welcome windfall for the treasurers coffers.

The State Government’s home lending program, Keystart, has become a permanent and effective stimulus agent for the WA housing construction industry. Keystart creates demand for new housing by providing loans to households, typically first time buyers, who are denied credit from mainstream lenders, usually because they do not have the required deposit. In the process, it supplements developer order books, keeping what is already a bad situation from getting worse.

In relation to housing much more can be done. First, the State Government should transfer management responsibility of 5,000 existing public housing properties to local community housing providers. This will enable those community housing providers to leverage the houses and build approximately 500 new social housing dwellings and is in line with similar ‘housing transfer’ initiatives already underway in the rest of the country. This will create a triple win: the State will save money on public housing management costs, the local construction industry will be stimulated and badly needed new housing will be created for people in need.

The fact that WA’s downturn coincided with a boom on the east coast has meant that no monetary, or potentially Federal fiscal stimulus, has been forthcoming until now.  WA has been allowed to wither on the vine. It is vital that the State Government seizes the opportunity in this policy shift to help the local economy, protect existing jobs and create new ones.