Foundation Housing, the Department of Communities and builder Megara recently completed a development project that demonstrates how innovative partnerships between government and Community Housing can result in a multitude of benefits for all parties.

In May 2015 Foundation Housing responded to the State Government’s call for projects that would increase social housing stock by 1000 additional homes by June 2017 with a proposal to demolish a number of aging social housing properties, subdivide the blocks and then build several new houses. The funding was made available through the Social Housing Investment Package (SHIP), which was designed to house seniors and families on the priority housing waiting list. Central to the success of the Foundation Housing tender was the comprehensive plan it submitted that was developed with builder Megara.  These plans demonstrated the potential yield of each plot, showing what could be built on each site and the cost to do so.  Four separate sites were ultimately selected, with 10 new homes built and one home refurbished.

These new, well located homes have now been tenanted by seniors and families on the priority waiting list.  For Foundation Housing, the partnership has resulted in more social housing stock, with more options for tenants in the future. It has also seen a $2.2 million increase in the organisation’s balance sheet that can be leveraged for further growth and a reduced its maintenance liability by replacing aging stock with new homes. 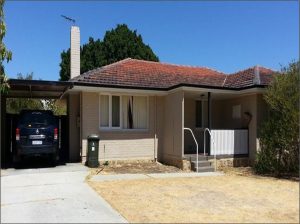 One of the properties before redevelopment under the SHIP program 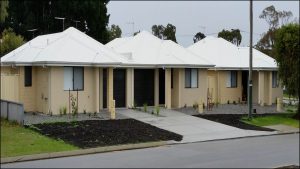 The same site after redevelopment.